We are living in a world saturated by new products, new brands, where our conversations and our lives are driven by consumption… and waste. Millennials are feeling a growing sense of confusion and responsibility towards solving the problem of food and energy waste. This is exactly what William pointed out when he decided to launch an app that would allow consumers to optimize their food budget while limiting food waste – Eatizz.

When you want to launch a new project, begin by thinking about your values

“I wanted to find a solution to a problem that could be that of my generation. This is how I started thinking on sustainability and food waste.” 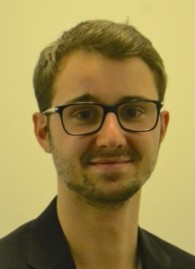 William Stevens explains how it all started for him. This young French graduate from HEC Montreal comes from a family of entrepreneurs where it is the norm to start companies – restaurants, sustainable swimming pools, linguistic programs. Therefore, it was natural for him to think of launching his own business when he graduated.

When it comes to financing and structuring the project, William is not that much interested in start-up incubators that he finds too restricting. He wants complete freedom and tranquility when it comes to Eatizz. He started financing the project with his own equity (a first round of $30.000) through a holding after benefiting from insurance compensation from a serious health accident when he was young. After a few months, he welcomed two other associates, Mathieu and Marion and they now work mostly with freelancers. 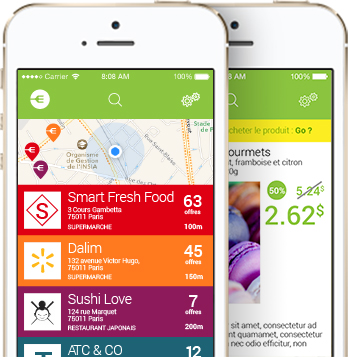 The concept is very simple, which makes it efficient. All the discounted food that you see in supermarkets when they arrive at sales’ expiry date, or in bakeries or in restaurants, can be registered on the app to help communicate important discounts on products. Based on location-based alerts, sales announcements are communicated to users every day. All vendors have to register their offers themselves directly on the app and they can choose between different online formula. Profit comes from retailers who pay a $0.4 fee for each batch of adverts. With an average of 20 ads per day, consumers can get various promotional offers such as a 50% discount to buy cookies on Saint Laurent boulevard and fruit batches at $1 in Jarry.

Fighting against food waste, a relatively new battle in Montreal

France has become the world’s first country to ban supermarket waste and compel large retailers to donate unsold food, allowing to change consumption habits through a more diversified food basket and at the same time, feed more people. Although the legislation was voted in February 2016, other European countries like Germany and Britain had taken measures to reduce food waste and Denmark launched a “waste supermarket” (you can read this very interesting article on the subject)

What about in Canada? Throughout the country, food waste has been evaluated at 27 billion dollars in 2015. Well, as William explained there are a lot of individual initiatives here in Montreal to fight against food waste but they lack visibility. Moisson Montréal is a non-profit organization that gather food donations and basic products and distribute them to community organizations on the Island of Montreal. They have become the largest food bank in Canada. They distribute $81.5 million worth of food annually and there are many social initiatives fighting against food waste in Montreal

Eatizz is hoping to get +15000 users and 150 shops in their databases and eventually monetize the app in 2017. Targets remain realistic and rewards are progressively arising – Eatizz just won a prize for best mobile app at the annual DUX gala recognizing companies who are leaders in implementing healthy eating initiatives.

One thought on “Fight against food waste through your phone”