One year ago Innovation Montreal launched by introducing 1642 Cola, an innovative soda company from Montreal founded by Bastien Poulain. Today, we have decided to give you an update on how they are doing and how they are making a name in the entrepreneurship sphere in Quebec. 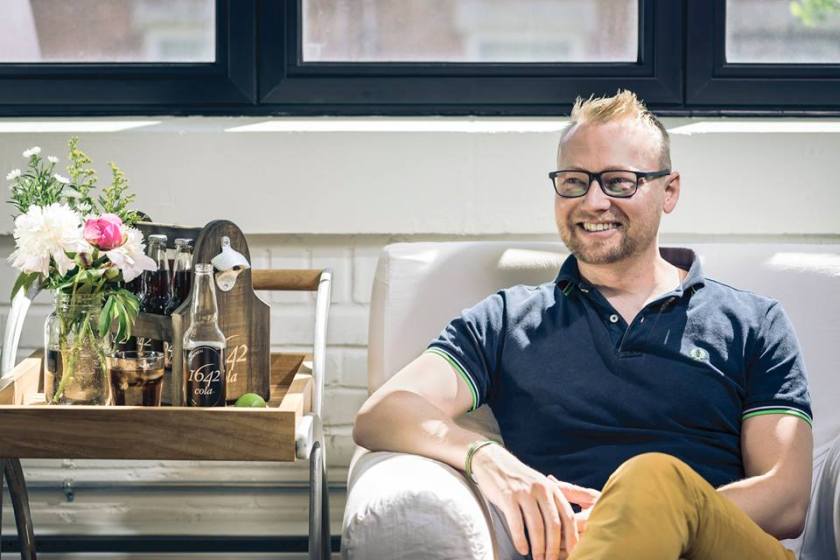 Bastien has understood that in order to grow you need to diversify. Priorities today are to improve distribution networks and expand product lines. After the Cola came the Tonic and after the Tonic came most recently the Ginger ale, a blend of honey, ginger and maple syrup, always aiming at a premium and local product.

To sustain the development of these new products, Bastien has made the move that many entrepreneurs do – he has opened ownership to four angel investors from the Quebec version of “Dragon’s Den”, Mitch Garber, Martin-Luc Archambault, Alexandre Taillefer and Serge Beauchemin. They own 7.5% of the shares since February 2016.

To expand distribution networks, 1642 Sodas partnered with Lassonde, Quebec leader in ready-to-drink fruit, juices and drinks. This partnership allows 1642 Sodas to expand sales points from 600 to 440 throughout Quebec.

“What matters the most is that all sales point reorder the product – once the order becomes recurrent, we have overcome most of the challenge”

An innovative gourmet product, not an organic product

It is clear from the beginning that 1642 Sodas are NOT organic products. This is how they differentiate from Bec Cola, a product that was launched in Quebec long before them. “It is difficult to promote both healthy and local products” explains Bastien. 1642 Sodas have made the choice to offer products that are 100% natural in their composition but not organic. Obviously they do not attract the “granola” customers but they do attract another growing target customer basis – epicureans!

What 1642 Sodas can do, unlike organic products firms, is that they can sell alcohol. Indeed, they have partnered with Ungava Spirits and created 100% Quebecer signature cocktails such as their Gin & Tonic,  or their local Cuba Libre, “Gaspésien Libre” with Chic Choc. The team participated to dozens of food festivals (like Premiers Vendredis, which is the largest food truck festival in Quebec). They have also partnered with a famous Montreal snack and food truck, Le Gras Dur, to create a signature dish – General Tao chicken with 1642 Cola.

“We have the same target as microbreweries – consumers that are interested in quality, taste and pleasure”

1642 Sodas will certainly expand in the near future to the rest of Canada and beyond. After selling 350,000 bottles in 2015 and 530,000 bottles in 2016, it is clear that the innovative company is on a strong upward slope especially considering Montreal is celebrating its 375th anniversary this year.