Did you know that honey is more consumed than maple in Quebec? Did you also know that in Canada, most of the honey consumed is imported? Alex, Declan and Etienne are young beekeepers who decided that they would spread their passion and bring innovation to the beekeeping industry in their home-city of Montreal. 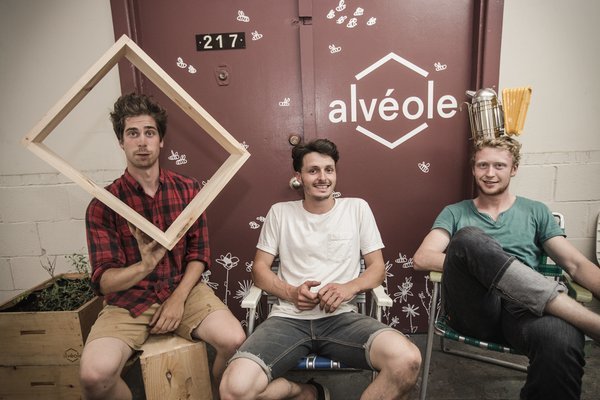 Making honey in the city is possible and you can even do it on your balcony.

Alveole is a unique and innovative enterprise aiming at mixing apiculture, education and society. It all started with Bruce, Alexander’s uncle, in Manitoba. He owns a beekeeping company where the three friends worked. Like most rural exploitations, their model is based on monoculture (one type of flower provides one type of honey).

We wanted to produce a more natural honey, following the movements of the bees as they pollinate all kinds of flowers in a radius of about
5 km 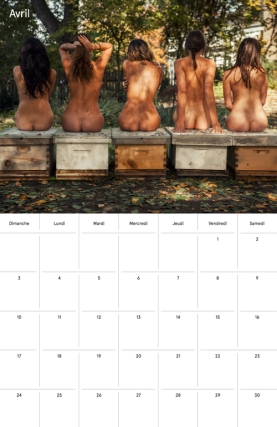 Alveole is progressively changing the face of apiculture and using the company as a social tool. The company model is based on team-building: honeybee colonies are installed in schools, universities, CEGEPs, social reintegration organization. Didactic sessions are held to change common ideas related to apiculture, working without any protection, showing that bees rarely sting, explaining the role of bees in the preservation of biodiversity

In fact, the team has launched a nude calendar where they pose surrounded with bees – powerful images to change public opinion in the long term.

Building the company on public and private partnerships

In 2013, when it all started, Alveole received a grant and mentorship from Montreal Inc Foundation. Since then, the company has been able to work through public and partnerships. Among the 85 organizations involved, Financement Agricole du Quebec, Caisse Desjardins, Aldo, Cirque du Soleil, Birks. “They pay a fix amount, obtain apiculture services, collect their own honey while we use their rooftops and backyards”, explains Etienne.  Only 7% of the pots are sold in stores and the profits are redistributed in R&D.

Other honey makers have developed urban apiculture in Montreal but the competition is positive as it means that people are more and more aware and that urban beekeeping is growing. What really distinguishes Alveole from others is its community-based vision:

We are not biologists, we want to focus our production on a didactic approach, so that our clients become producers.

“Tasting a good honey is really close to enjoying a good bottle of wine.”

Clientele is formed of epicureans who appreciate the fact that Alveole’s products are made without pesticides, unpasteurized and ultra local. Cities are the ideal ecosystem for bee colonies: they follow strict anti-pesticide legislation, they are filled with a diversity of flowers that haven’t been foraged yet and they are filled with large unused spaces (rooftops are a great example).

Alveole is constantly striving to improve bee health and innovate beekeeping practices and has developed a unique technology with a smartphone app to provide customer services and locate all urban beehives. 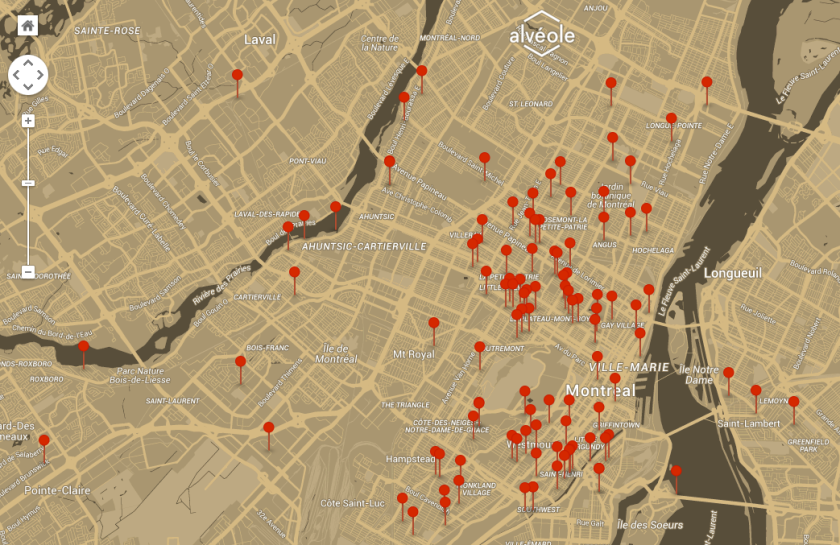 Next steps? Buzzing in the rest of Canada